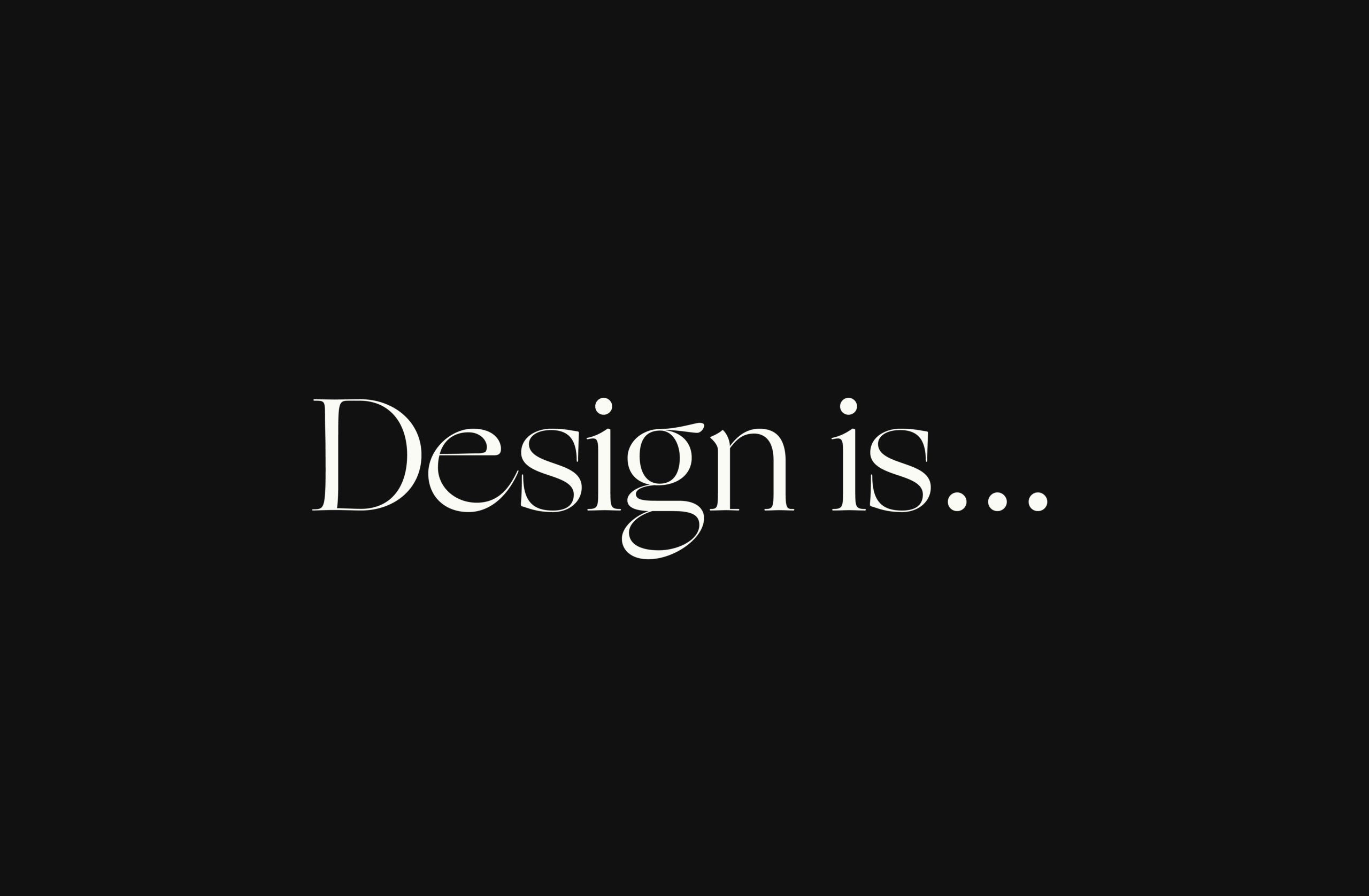 Quotes are a source of wisdom and also a source of inspiration. Here I put together design definitions from design masters that are worth reading and having a thought about.

I’ve always liked collecting interesting words, quotes and phrases from people. They help me understand the world from a different point of view, and they are sometimes my way out when I’m stuck. This is a curated list of design definitions from designers that I admire and that and feel connected to.

“Design is thinking made visual.”

Saul Bass is an American designer and filmmaker of the twentieth-century. He largely designed logos and movie posters and is known for his imaginative film title sequences that conveyed the essence of a movie. 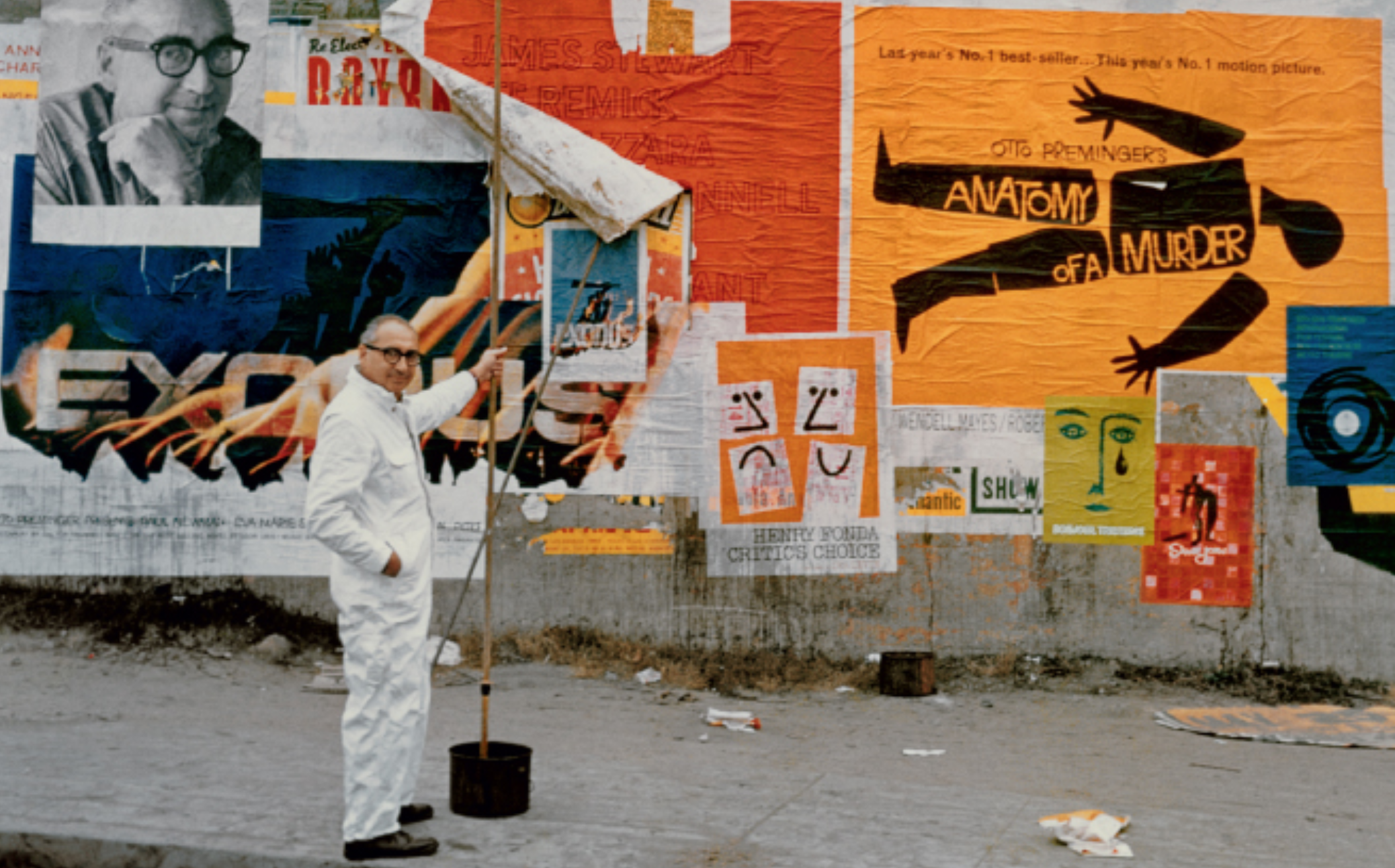 “Design in the absence of content is not design, it’s decoration.”

Jeffrey Zeldman is an American website designer since 1995. He is also an enterpreneur, author, podcaster and speaker and co-founder of A List Apart Magazine and the Web Standards Project. 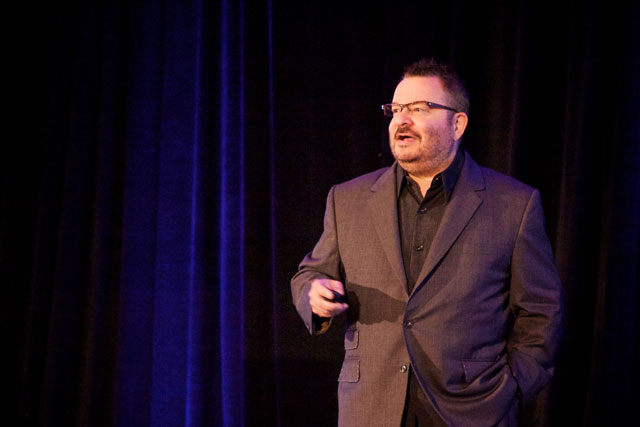 John Maeda is an explorer of the intersection between business, design and technology. He began as an engineer, then moved to art and design, and then to research leading and after that, into business, tech and investing. Currently he is looking to advance thinking around design icnlusion in the tech industry. 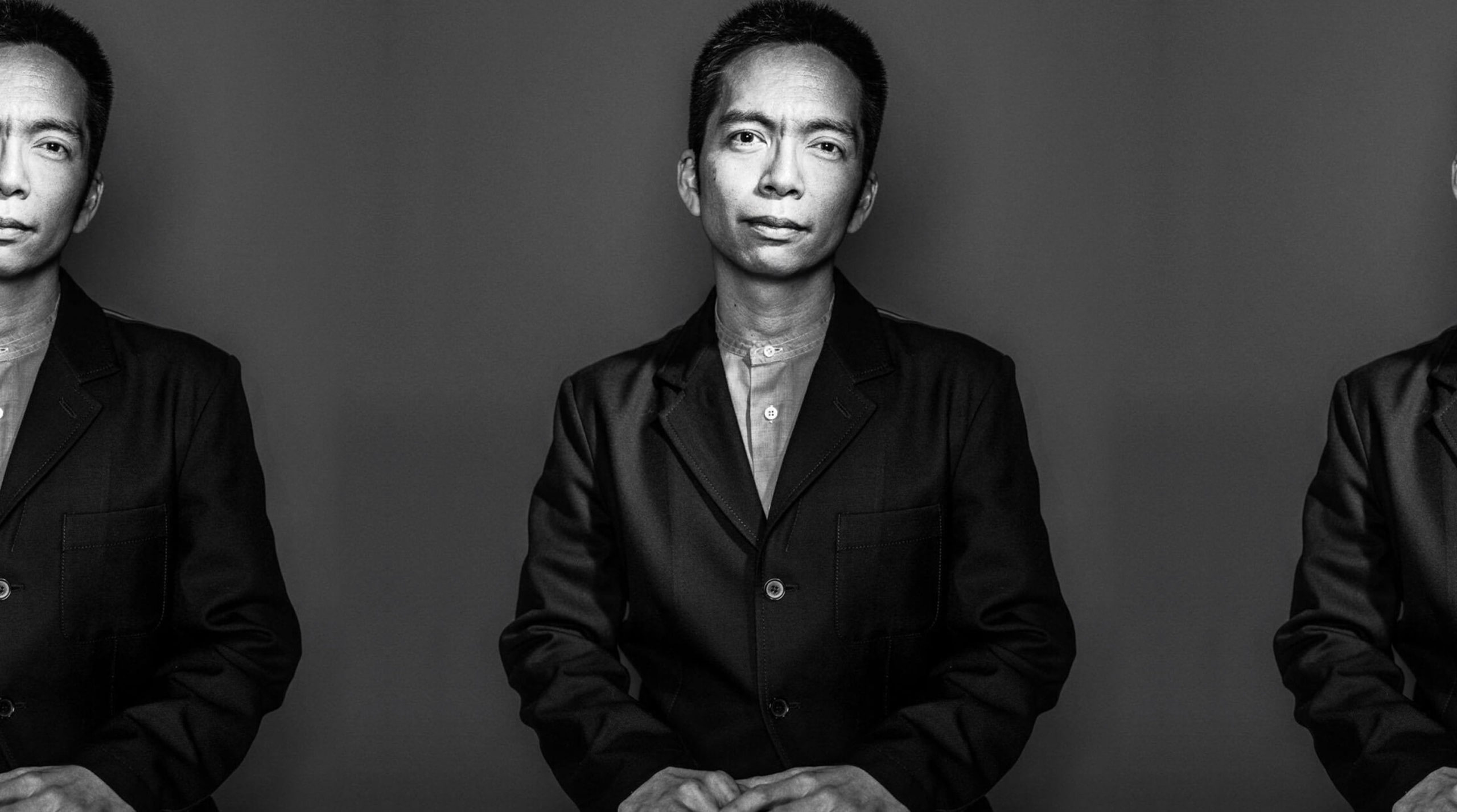 “Design is to move emotions with the minimum.”

Miguel Milà is a Spanish industrial and interior designer, inventor and bricoleur known for his classic pieces of furniture and lamps. He belongs to the pioneer’s generation of the 50s and represents the history of Catalan modern design. His timeless designs are focused in bringing tradition up to date. 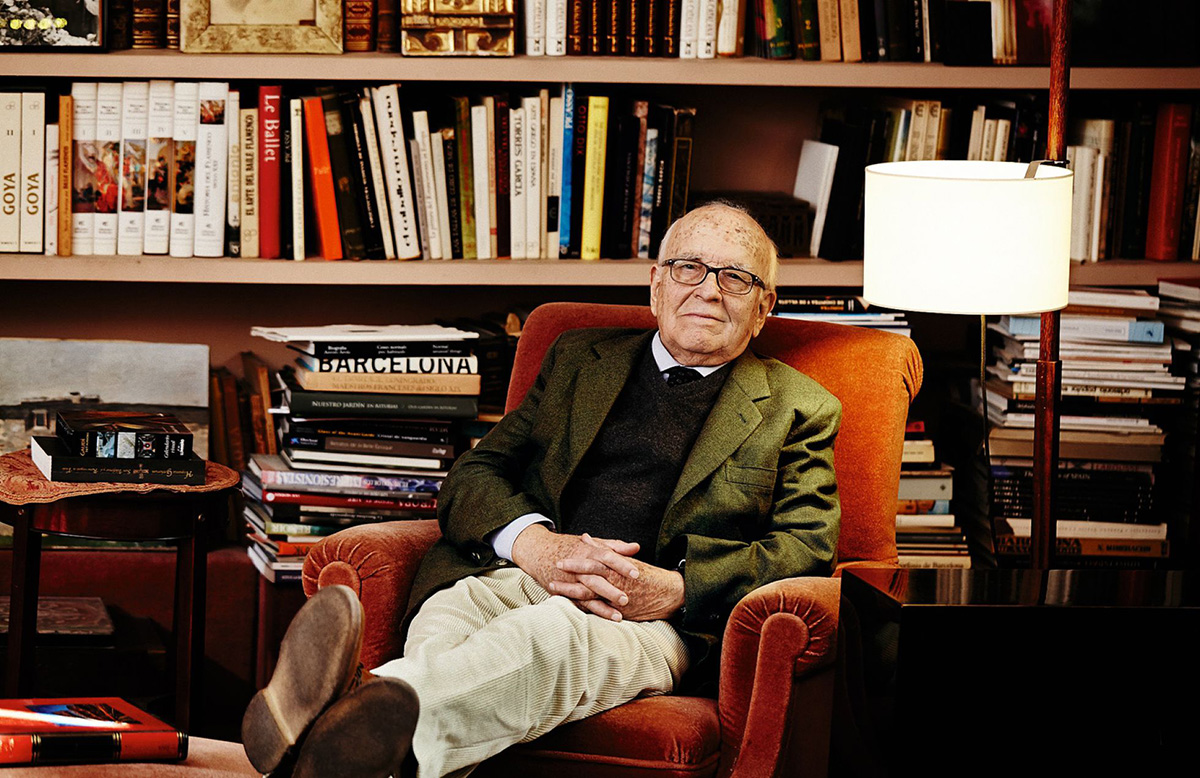 “Design is not just what it looks like and what it feels like. Design is how it works.”

Steve Jobs is known to be one of the fathers of Apple. He studied calligraphy and stated that if he hadn’t dropped on that single course in Reed college, the Mac would never had multiple typefaces or proportionally spaced fonts. Jobs later said. “And since Windows just copied the Mac, it’s likely that no personal computer would have them.” 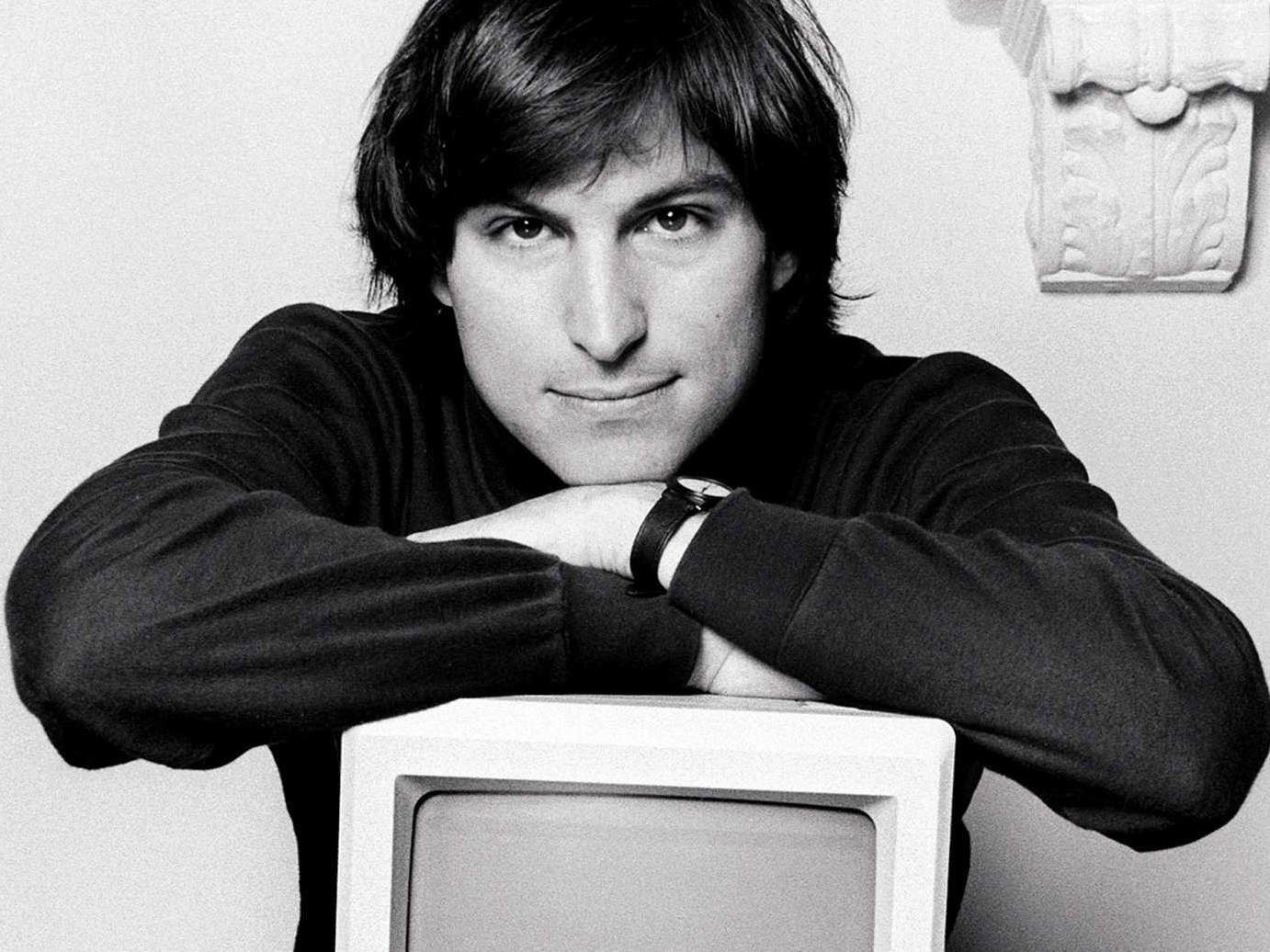 Via Amazon by Walter Isaacson

“Design is intelligence made visible.”

Alina Wheeler is a design director, in-demand branding consultant and highly regarded author of the book Designing Brand Identity, which has become the foundational instruction manual for the discipline 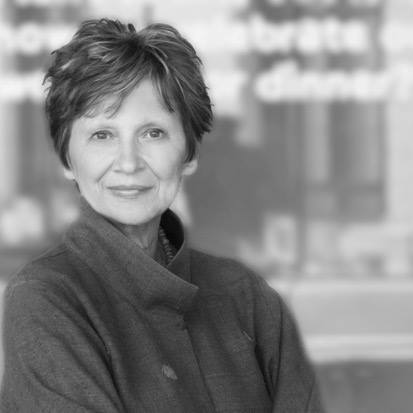 “Good design’s not about what medium you’re working in. It’s about thinking hard about what you want to do and what you have to work with before you start.”

Susan Kare is one of the first designers at Apple to design pixel-based icons, typefaces and interfaces. According to the Museum of Modern Art in New York, Susan Kare is a pioneering and influential computer iconographer. Since 1983, Kare has designed thousands of icons for the world’s leading companies. Utilizing a minimalist grid of pixels and constructed with mosaic-like precision, her icons communicate their function immediately and memorably, with wit and style. 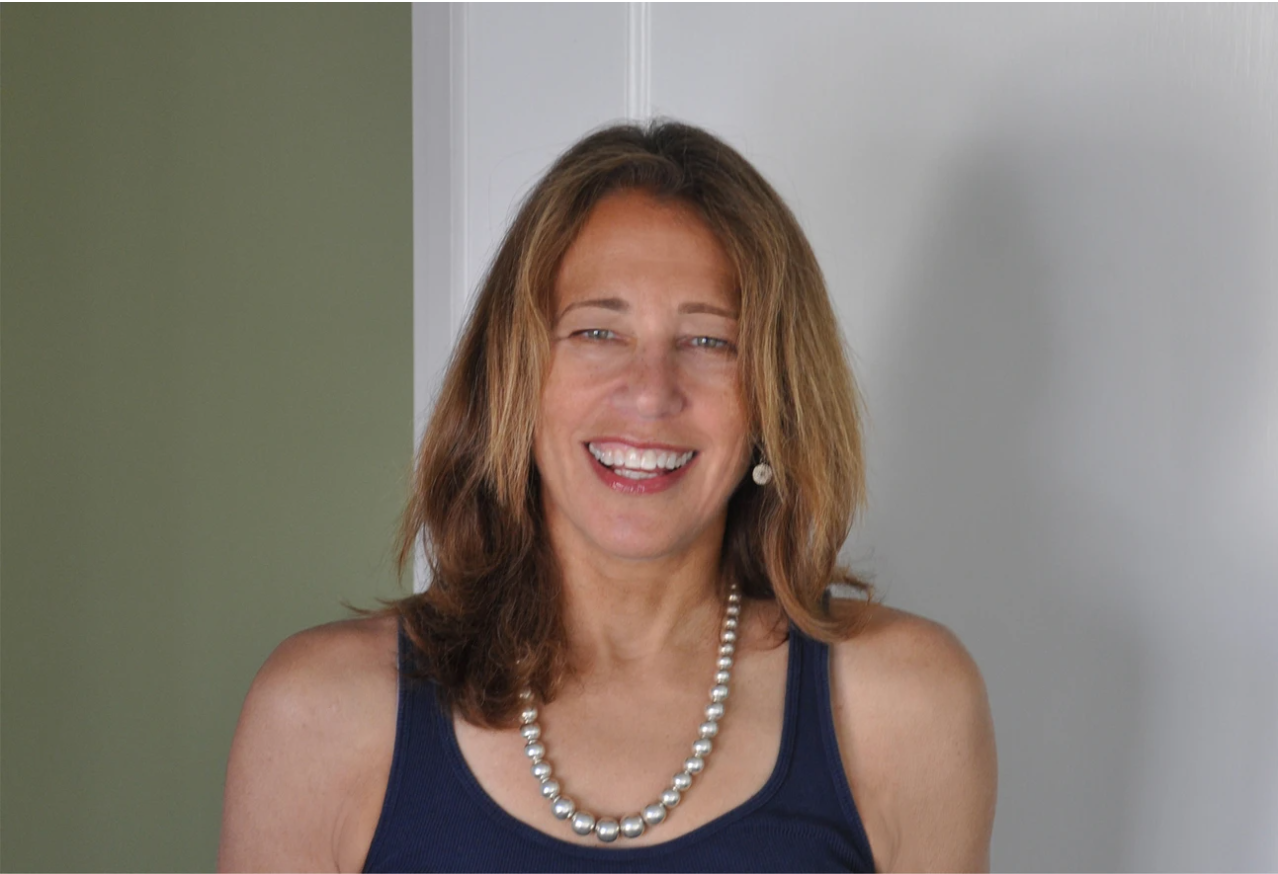 If you liked this post and want to know more about design, art, business and get some of my resources subscribe to my newsletter below. If you feel like reading I suggest this post about Naming 🙂

We use cookies to give you the most relevant experience by remembering your preferences. By clicking “Accept”, you consent to the use of ALL the cookies.
Cookie settingsACCEPT
Manage consent

This website uses cookies to improve your experience while you navigate through the website. Out of these, the cookies that are categorized as necessary are stored on your browser as they are essential for the working of basic functionalities of the website. We also use third-party cookies that help us analyze and understand how you use this website. These cookies will be stored in your browser only with your consent. You also have the option to opt-out of these cookies. But opting out of some of these cookies may affect your browsing experience.
Necessary Always Enabled

Performance cookies are used to understand and analyze the key performance indexes of the website which helps in delivering a better user experience for the visitors.

Analytical cookies are used to understand how visitors interact with the website. These cookies help provide information on metrics the number of visitors, bounce rate, traffic source, etc.

Advertisement cookies are used to provide visitors with relevant ads and marketing campaigns. These cookies track visitors across websites and collect information to provide customized ads.

Other uncategorized cookies are those that are being analyzed and have not been classified into a category as yet.